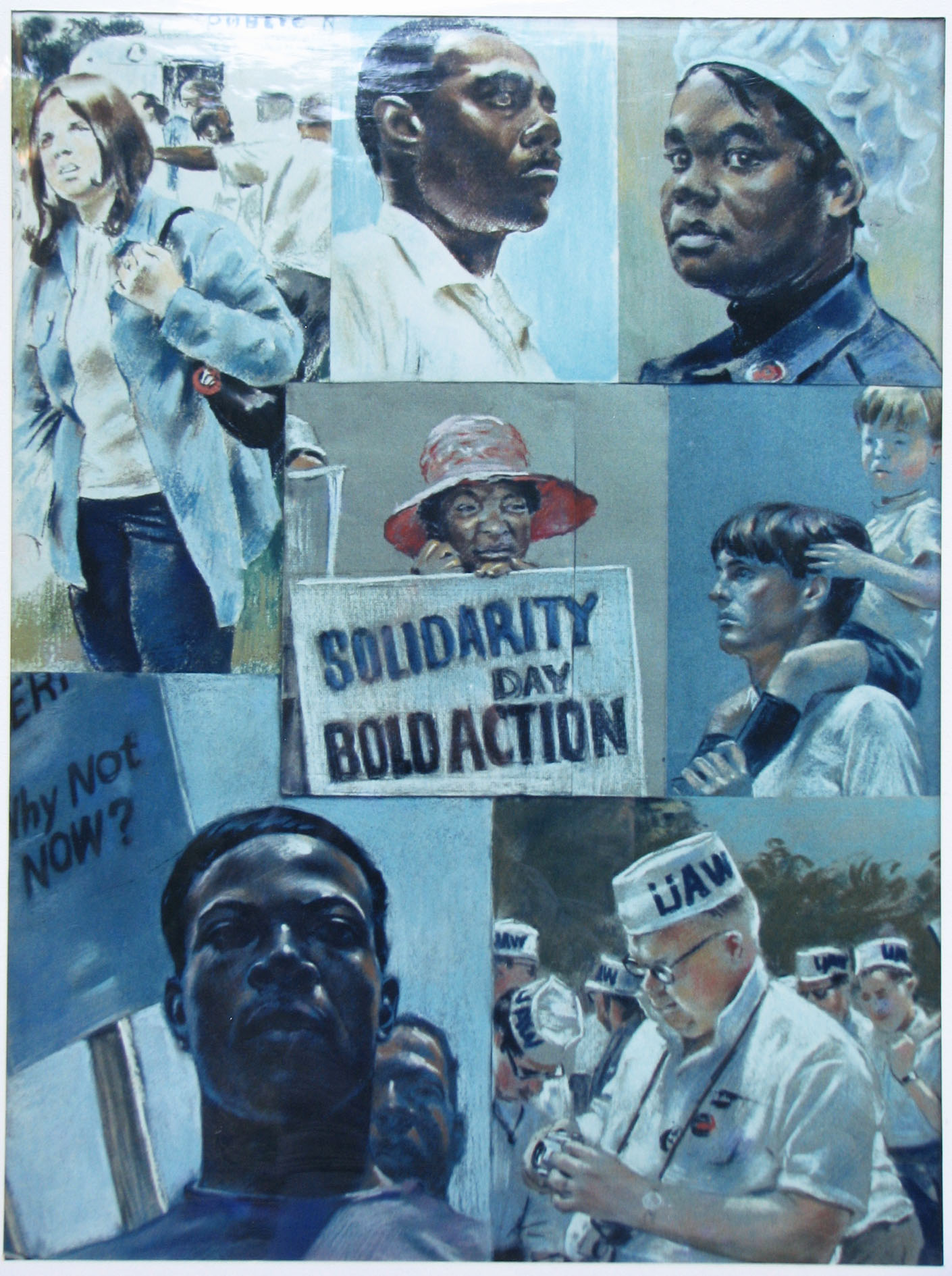 During the summer of 1968, after the assassination of Martin Luther King, Jr., the nation’s capital became the focus for all of the individuals and groups from all over the country and all over the social spectrum-not just those characterized by Jesse Jackson as “the poor, the rejected, the despised”- who wanted to express their support for solidarity. This combination of Templeton’s images captures that variety in the multiple figures gathered around the Solidarity Day placard with earnest black and white faces, the intense dignity of the seated older woman with tears glistening behind her glasses, a solid symbol of the anonymous millions deeply affected by the moment..