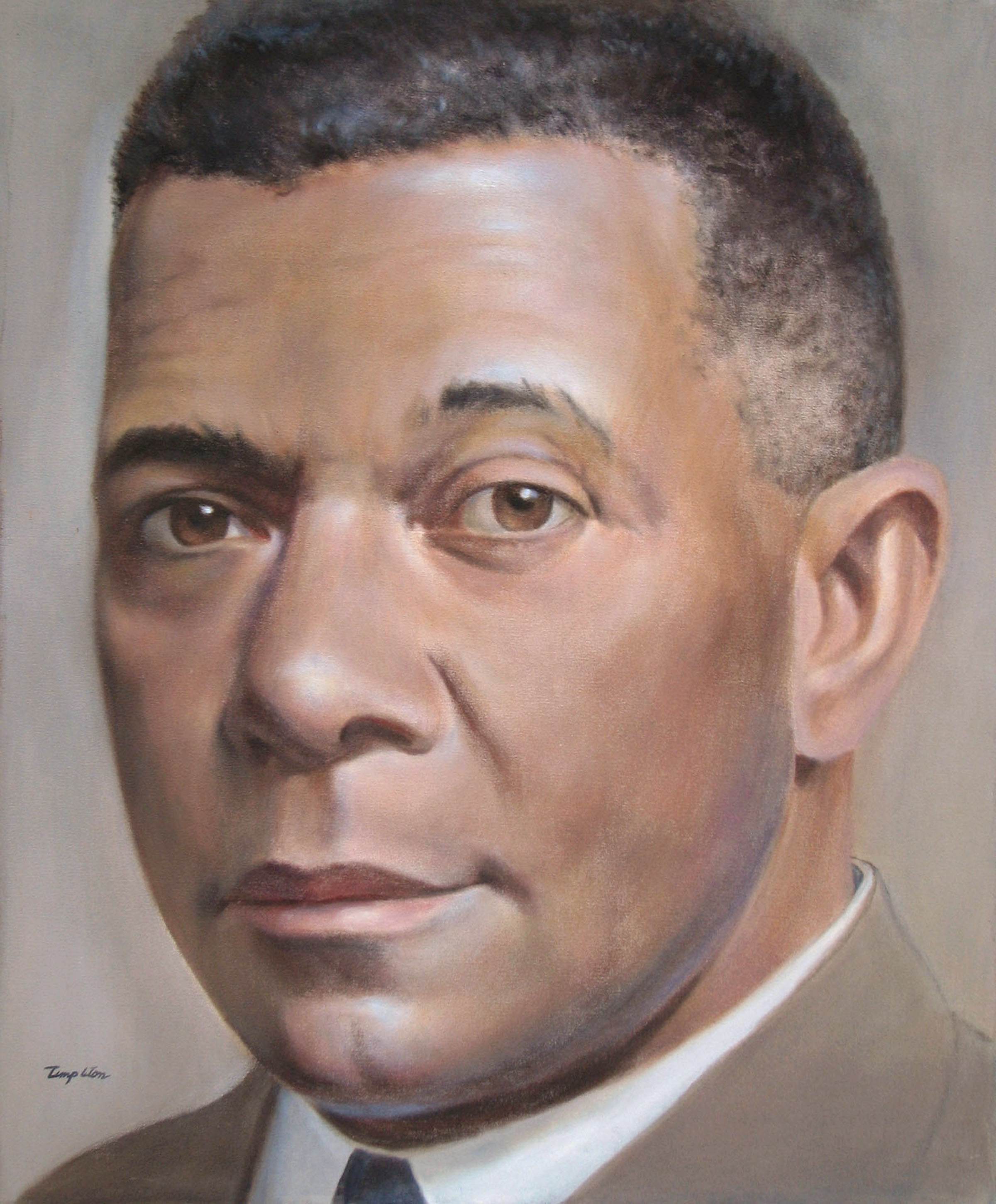 Booker T. Washington, educational leader, was born in 1856 in Virginia to a white father and a black mother who was a slave. He was brought up in a dismal cabin and was freed by the Emancipation Proclamation. The family moved to the neighborhood of Charleston, West Virginia, where he attended school, and then went off at seventeen to Hampton Institute, where he worked his way through as a janitor. He distinguished himself as a student, and in 1881 he was chosen to be the founding head of Tuskegee Institute, a teacher’s school in Alabama. After years of hard work, the school was firmly established. He lectured widely on educational subjects and became a familiar of such national figures as Theodore Roosevelt, whose dinner table at the White House he shared. He had become the recognized leader of black Americans following the death of Frederick Douglass. He advocated social separation of the races combined with industrial training and cooperation. For such views he was called the “Great Compromiser” by friends and such foes as Du Bois and Monroe Trotter, who demanded immediate and complete social equality. It was his accommodating quality that brought him, and kept him, at the place where he dominated the movement for civil rights, able to raise funds and other support from former slaveholders of the South and from a broad national community. His ‘Up From Slavery’ is his legacy.