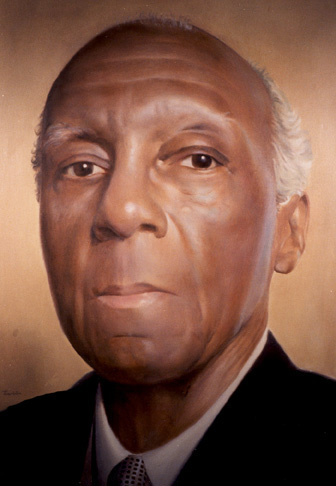 Asa Philip Randolph, labor leader, was born in 1889 in Florida. After high school, he went to New York City and studied at City College. He was active in the Socialist party, and in 1925 he organized the Brotherhood of Sleeping Car Porters. From that position of power he was influential in the formation of the Fair Employment Practices Committee. During these New Deal years, he threatened a march on Washington by a hundred thousand black people, to protest discrimination in the defense industries. He opposed discrimination also in the armed forces, and in 1955 he became a member of the AFL-CIO executive council. Two years later he was a vice president and in regular opposition to George Meany, the union leader who was lukewarm on civil rights in the unions.

It was during this active period that he was called the “most dangerous Negro in America” by those who feared his power. He was an organizer of the August 1963 march on Washington, sharing leadership responsibilities with Roy Wilkins, Whitney Young, Martin Luther King, Jr., Ralph Abernathy, and James Farmer. In later years his socialism became more moderate and he became active in the Urban League and the Liberal party. To carry on his commitment to his causes, he founded the A. Philip Randolph Institute, advocating the power of the black worker. He died in 1979, recognized for his many solid contributions to the civil rights movement.